A Lion, a Tin Man, a Scarecrow, OH MY!  Second Session Color War Broke last evening during our Shabbat cookout.  As campers were happily enjoying dessert after a delicious meal, they couldn’t help but notice the rev of an engine heard overhead.  As everyone quickly turned their eyes towards the sky, mouths dropped as they witnessed an airplane dragging a massive banner that said: “I’LL GET YOU MY PRETTY…AND YOUR CW TOO!”   On the ground below, “Miss Gulch” came riding through our cookout location on a bicycle with a sign on “her” back saying: FOLLOW ME!  The entire camp quickly rose to their feet and ran in hot pursuit after “Miss Gulch” towards our campfire location.  Running up the path towards campfire, the ground was covered in blue, gold, and maroon paint splatter. The campers were told to follow, follow, follow, follow, follow the Color War Road. Further along the path campers ran by The Tin Man, The Cowardly Lion, The Scarecrow, and Dorothy while heart thumping music played in the background as they made their way towards the final destination: The Emerald City.  As they reached the top of the campfire path, a large house was resting upon a pair of legs wearing striped leggings and ruby slippers.  In the Emerald City, campers were greeted by Glinda the Good Witch and The Wizard of Oz himself.  Once all of the characters were reunited, and the Wicked Witch was defeats, the Color War Committee and coaches were revealed. Second Session Color War was officially underway!

Today was filled with wonderful competition and sportsmanship. After our annual tug-o-war to kick off Color War, units split up to compete in athletic endeavors. Many artists began work on the team’s Bench Picassos and plaques, lyrics were being written for today’s silent lunch cheer break, and lots of strategizing could be seen as teams prepared for this afternoon’s all camp activity: Search Party (a massive came of hide and seek, with lots of twists). After dinner, units participated in activities including Minute to Win It, Capture the Fralad (fruit salad), Escape the Room, the Spelling Bee, and an All-Star Basketball Game. All the campers gave their all today and we’re certain they’ll sleep well tonight!

A reminder that there is late sleep during Color War and our meals (and phone call times) shift. You can reach your camper during breakfast at 9am, lunch at 1pm, or dinner at 6:15. 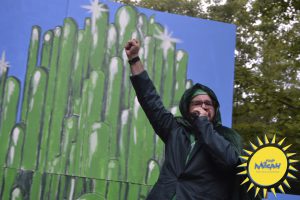 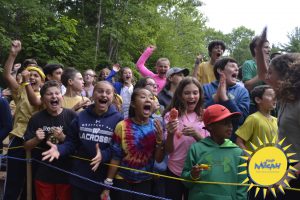 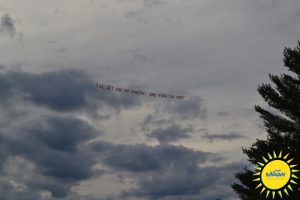 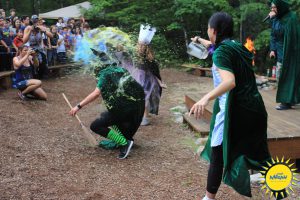 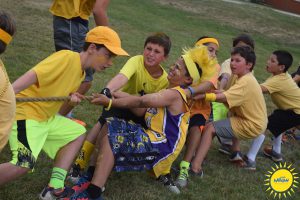 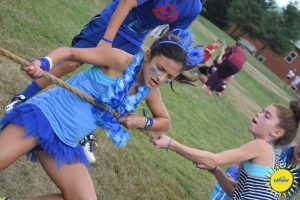 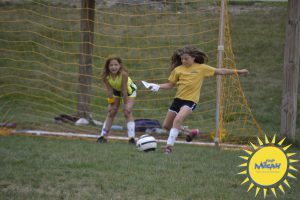 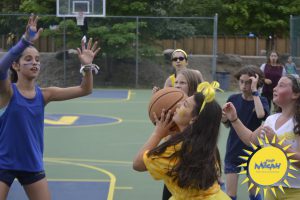 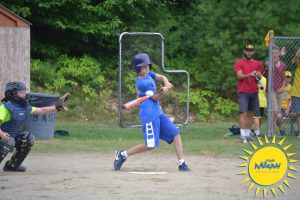 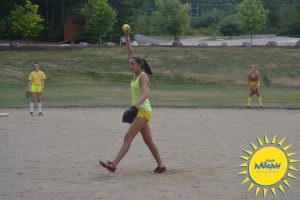 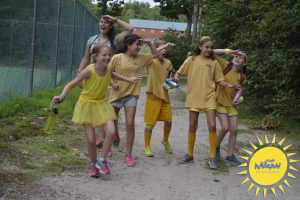 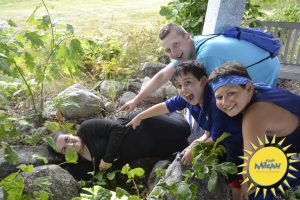 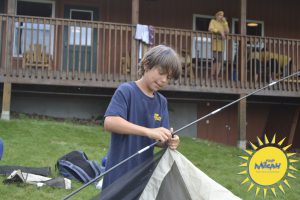 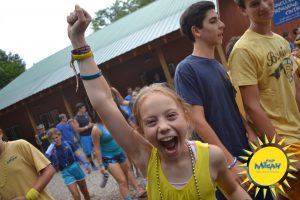